Blog
Uncategorized
Knowing What Are The Public Transport Systems Of The Future
February 17, 2019 admin Leave a comment

This technology was introduced by renowned inventor Elon Musk and features low-pressure tubes containing pressurised capsules that can move at speeds of up to 700–760mph. The levitated capsules use electric motors to glide silently through the network route. This high speed and reliable innovation is very promising as it aims to provide an on-demand operation as opposed to a fixed schedule. This way, it will reduce the wait times since the departures happen after a couple of minutes.
Maglev Trains

Due to congestion on the roads, cars will eventually be sidelined in cities as an accelerated train travel plan is adopted. Trains are actually the best way of moving people around efficiently. Basically, magnetic levitation trains work on the principle of an electromagnetic field created between the tracks and the base of the train elevated 8 mm long. In order to reduce the air friction created during motion, it uses a vacuum tube allowing increased speeds as compared to conventional trains. Here at Kaycabs we offer best transportation service. 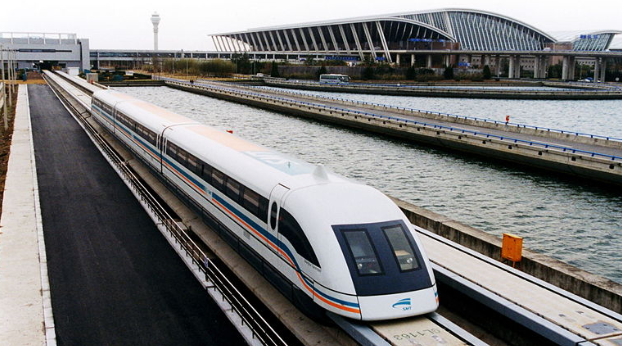 Self-driving buses will provide a safe and reliable option as it is set to use radars, motion and laser sensors, cameras and GPS for communication purposes with traffic lights and also stops at bus stations. Another plus is that a commuter will be able to operate and pay for the service via an app. Once you have the app, you will always know the route the bus is taking in real time.
Autonomous Helicopters

Self-driving cars have really caused a buzz with the role they are set to play. The fact remains that there will still be road traffic from time to time. Autonomous helicopters will be stationed on rooftops allowing commuters to avoid deadlocked traffic in populated areas. The aircraft will utilise advanced camera sensor technology that will assist in avoiding obstacles, landing and choosing the best route for travel. Competition in this sector is brewing with major Chinese companies and even Uber getting in on the action.
Other futuristic modes of public transport include elevated cycle paths and smart roads. The fact is that adopting a futuristic mode of public transport will help create a sustainable, efficient and eco-friendly system that will for sure relegate traffic to a thing of the past. With the global economy continuing to grow and shifting towards an on-demand model, it is important to get in front of the problem. By having these systems in operation, productivity is expected to increase.